The Effect of Longevity on Your Life Priorities (Webinar)-Robert G. Alexander Webinar Series

I am pleased to announce our 2nd collaborative webinar program offering. SEPC member, Janet Dorale, Director of Fund Development and Volunteer Services at Sunrise Senior Living has offered to provide the space for the following program.

Please RSVP if planning to attend!

We have added 20 years of life expectancy, just since 1950 and are adding 1 month for every year that goes by. This "longevity bonus" presents us with many opportunities as well as challenges. This presentation will address such challenges as planning for health and healthcare in retirement, the coming caregiving crisis, cognitive decline and Alzheimer's Disease as well as the opportunity that longevity presents for us to pursue our calling in the form of work in retirement.

Cynthia Hutchins is the Director of Financial Gerontology for Bank of America Merrill, and has more than 30 years of experience in the wealth management and retirement industry. In her role, Cynthia works closely with Merrill financial advisors to provide training, education, resources and thought leadership to engage clients on the topics of aging, longevity, retirement and later life planning.

Cynthia has been deeply involved in the development of a new approach to planning across seven Life Priorities and through various Life Stages. She was central to the creation of the Merrill Lynch Longevity Training Program, developed in partnership with the USC Leonard Davis School of Gerontology, to help Merrill financial advisors better understand and address the evolving needs of the nation's aging population and their families. The Merrill Lynch Longevity Training Program received the Brandon Hall Award for Most Innovative Training in 2017.

Prior to her current role, Cynthia was the Merrill Lynch Retirement Specialist for the Mid-Atlantic Region, covering Washington, DC, Maryland and Northern Virginia. Prior to that role, Cynthia served as a Circle of Excellence financial advisor for 20 years.

Cynthia earned a BS in Business and Finance from Towson University, and a MA in Gerontology from the University of Southern California. She has earned the Chartered Retirement Plan Consultant (CRPC) designation through the College for Financial Planning, and the Certified Investment Management Analyst (CIMA) designation through the Wharton School at the University of Pennsylvania and the Investments and Wealth Institute (IWI). Cynthia holds the Series 7, 24, 63 and 65 securities licenses. 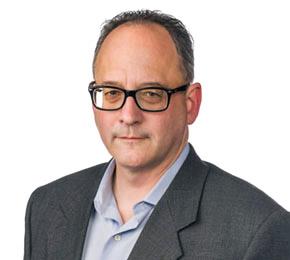